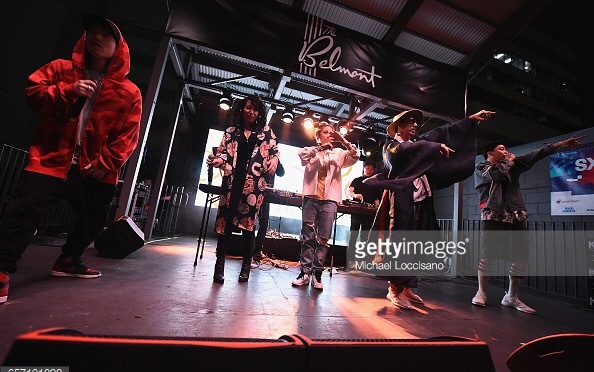 Leave it to the “Wondaland” artists to drop news of a new mini album unconventionally!

MFBTY members, Tiger JK and Bizzy, have become addicted to their Instagram lives as of late, dropping snippets of a Feel Ghood Music EP that’s coming out TOMORROW 6/27.

The mini album will include all Feel Ghood Music artists, including Drunken Tiger JK, Yoonmirae, Bizzy, Junoflo, and Ann One.

We’ve asked JK to repost his IG live previews, but he’s keeping the snippets ever elusive for those not watching his lives already!

We recommend fans hit the follow button on IG and put boss on alert if they want to hear the album before anyone else!

6:06AM KST UPDATE: After TigerJK went live, more details have been released. The album will drop at 6PM KST. FGM has NOT finished recording it (LOL). Another song title, 토끼 (“MADHATTER),” was revealed. It is a collab between Arden Cho and MFBTY (Drunken Tiger JK, Yoonmirae, and Bizzy). Another song features MRSHLL (Marshall Bang), an artist that Feel Ghood Music was seen hanging out with at SXSW.