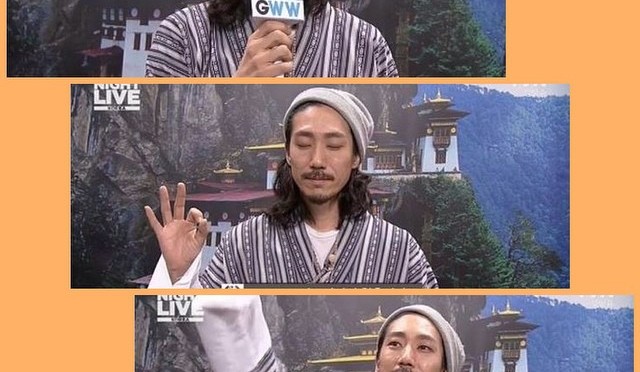 He appeared on stage during “Global Weekend Why” corner [similar to American SNL “Weekend Update”] as a publicist going by the name of “It’s Hurting, Must Be The Young People.”

He made comments about the exorbitant tuition fees which was met with loud exclamations of agreements from the audience and later praised by viewers.