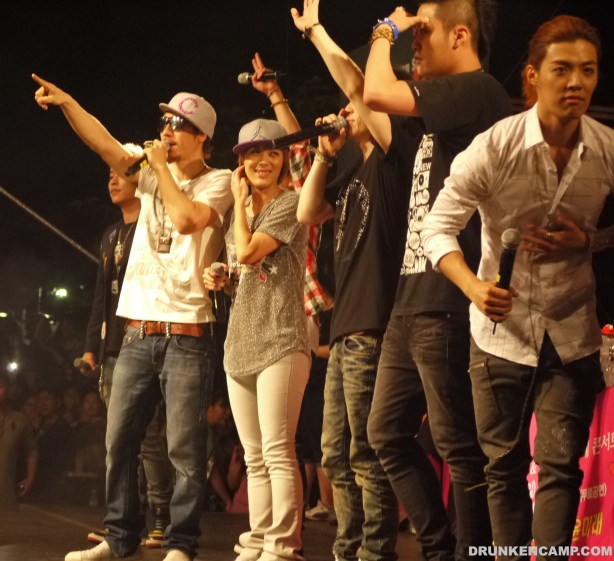 In their native town of Uijeongbu, a small city an hour out of central Seoul, Tiger JK and Yoon MiRae closed their city’s 20th International Music Festival with a special concert. While they were the main names on the bill, the two surprised the 1000+ fans by bringing fellow label mates, JoMoonGun, and new hip-hop group, MIB, to perform an extended Jungle Entertainment-only concert. As a result, their performance differed from their normal set, with even MIB members rapping the first verse of “I Want You/난 널 원해” with Tiger. Below are exclusive front row HD shots/video from the performance.

“Get It In” with Bizzy, Jo Moon Gun, MIB

In other news, Tiger JK, Yoon MiRae, Bizzy, and MIB are to perform at Music Matters Live 2012, an annual music industry conference. This year’s conference is being held in Singapore, and will broadcast live at 9PM Korea time (8AM EST, 5AM PST).