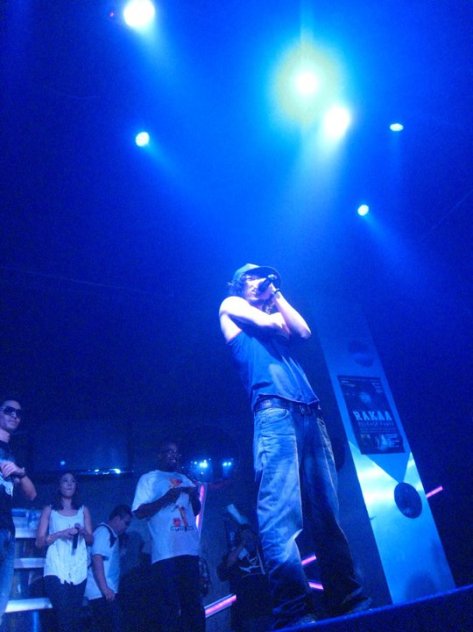 It looks like with all the photos and videos, I’ll have to divide this into 3 parts. 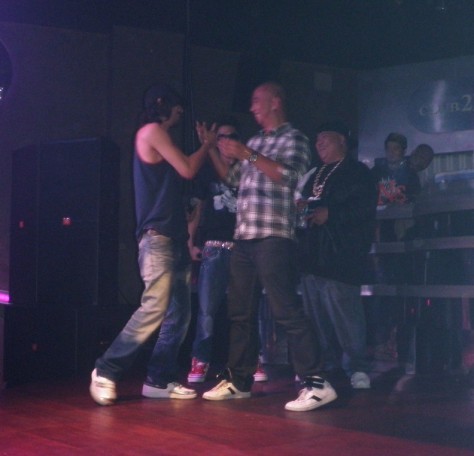 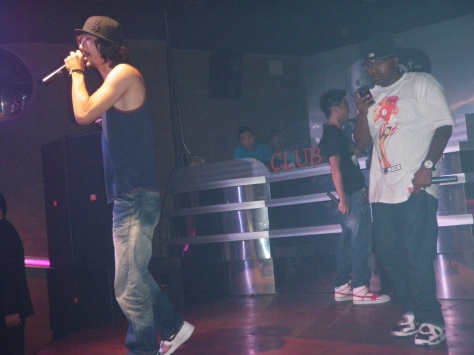 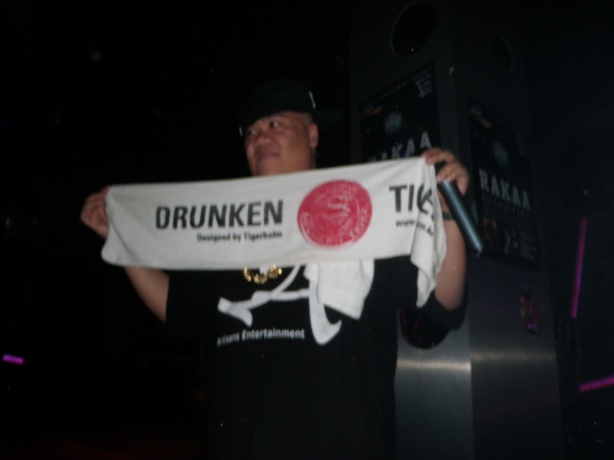 Roscoe steps into the crowd and grabs this from a fan. Representin’ DT crew. 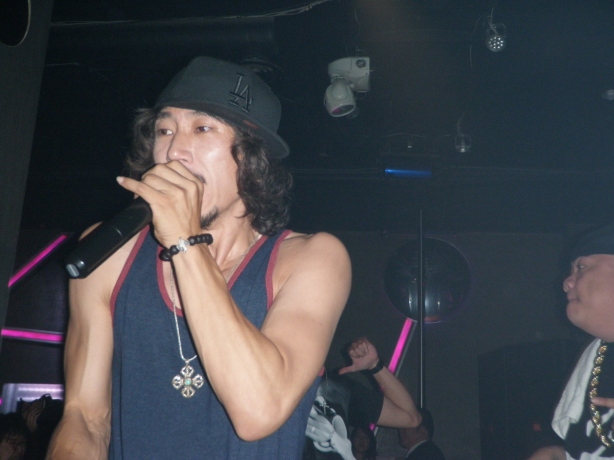 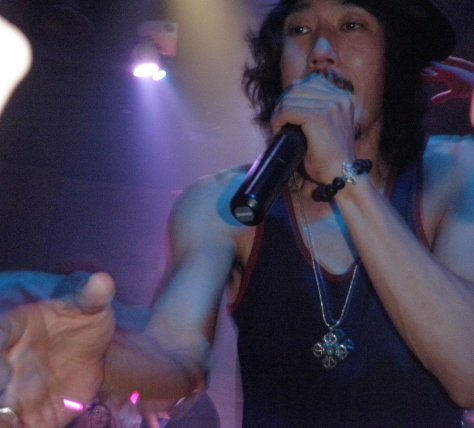 Up close and personal.

And then the final treat – JetPack (English), ft Roscoe, and Stylez.

This segue leads into Tasha’s set, who starts with “True Romance.” 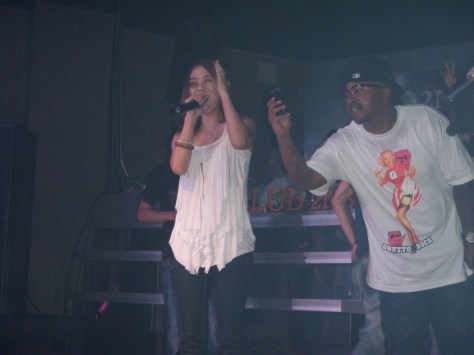 To my own surprise, she wears the shirt that I almost wore to the show. It’s a simple top from the American brand, Forever 21, which has gained popularity here with even the most famous in Korea (Lee Hyori also wore a sparkly dress from the store in a recent soju ad.)

She rocks out a mixture of hip-hop songs from her most recent album, YoonMiRae, and her 2002 hip-hop album, Gemini. Her upcoming album will revisit the edginess of this album, and while the original debut was suppose to be this month, it still looks like it’s still in the works. 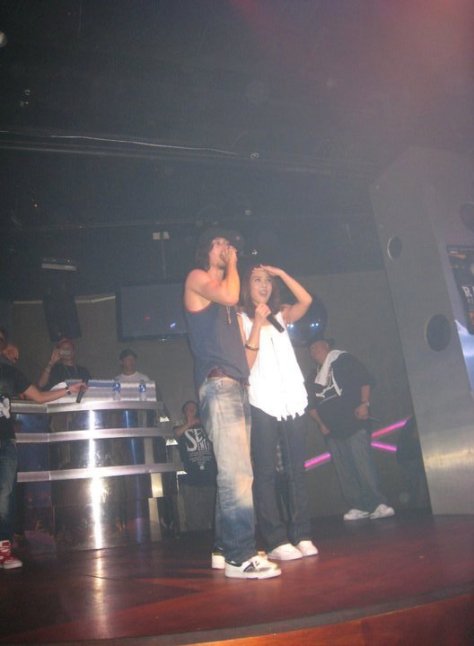 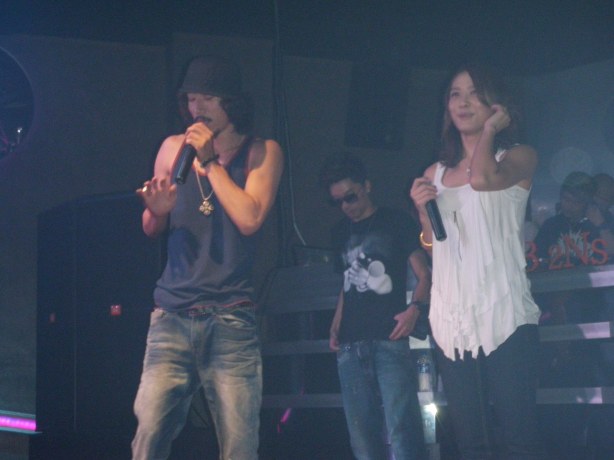 However, whenever these two lay even a hand on each other, cameras rise out of nowhere to take photos. They’re perhaps Korea’s most envied famous couple. 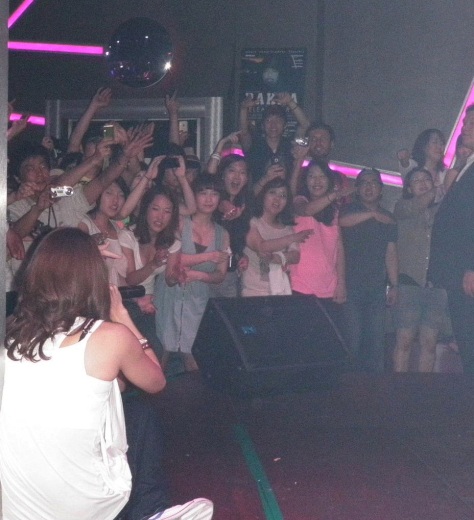 In the midst of her set, Stylez steps off to fully immerse himself into the crowd. Tasha tries to pull him back up, but only induces madness. She later fed into the madness by pouring a bottle of water on JK’s head, a new habit she’s become fond of doing. 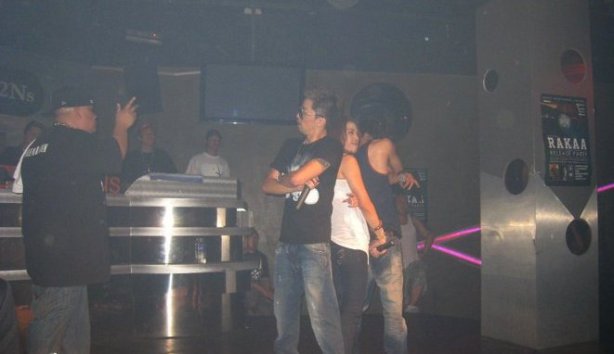 At the end of her “Pay Day” performance, she poses with J and Bizzy.

And I will finish this half of the post with a video of Tasha’s “G Hwa Ja,” from her “Gemini” album.