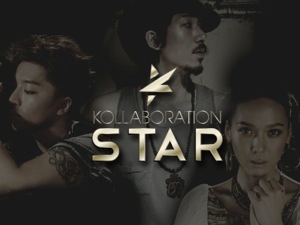 There was an era where I jumped on a plane once or twice a year to make it to a Drunken Tiger concert. Face it, international gigs are a rarity for Korean artists, so diehards come far and wide to see their fave artists perform. I can only imagine who and what the November 16th show of Kollaboration star will bring. With a full one hour set, this is a show that no DT fan should miss.

“Kollaboration Star”, an annual talent competition bringing in Asian talents from all over North America, is back for a second year this year. Six finalists, five of them selected based on an online vote out of thirteen city representatives of local Kollaboration talent contests, will be competing for the national title of Kollaboration Star 2013 and a $20,000 Grand Prize. This year’s competition will also be hosted by YouTube comedian David So, with guest appearances from Paul “PK” Kim and Kollaboration alumni Mike Song and KRNFX.

“Kollaboration Star 2013″ will be held on Saturday, November 16th at the Pasadena Civic Auditorium. Presage packages are currently on sale, with official sales starting October 10th.

Presley packages can be accessed at http://www.kollaboration.org/presale. The ultimate fan package offers the best opportunity to spend quality time with the three artists. As it includes priority seating,rehearsal viewing, and a private meet and greet ($200). Toaccess the package, type in SOOMPISTAR. These packages will only be available until October 8th.