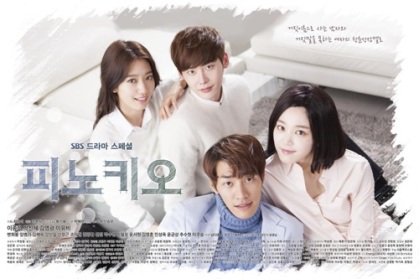 Tiger JK will be featuring on the soundtrack (OST) for the SBS drama, “Pinnochio.” The drama is another collaboration between producer, Jo Soo Won, and writer, Park Hye Ryun, who worked together on “I Can Hear Your Voice.”

Contrary to other reports, JK is no beginner when it comes to OSTs. This feature by JK is a change of pace, as his last OST feature was nearly 8 years ago (“Break” from the Break OST). However, his style will bring a unique sound not usually found on OSTs.

Wife, Yoon MiRae, still holds the crown between them when it comes to #1 OST singles. Her last singles, “I Love You (It’s OK, That’s Love OST)” and “Touch Love (Master Sun’s OST),” both hit #1 within days. We’re hoping JK will follow in her footsteps and they’ll have a #1 battle on the charts!

The OST is scheduled to release November 20th.