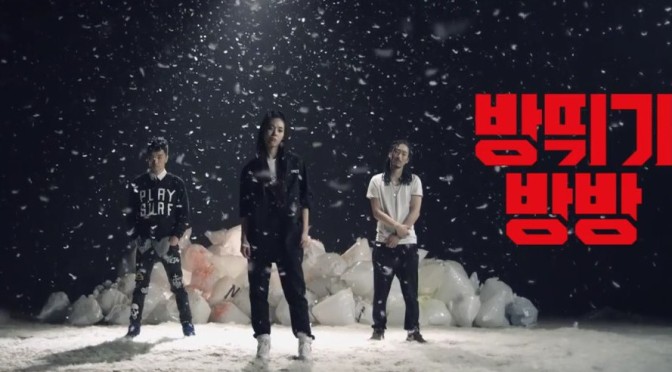 MFBTY released a teaser for the second title song, “Bang Diggy Bang Bang.” In contrast to “Bucku Bucku/Shy Shy,” this song has a more playful tone, with our trio even busting some dance moves in a colorful setting. BTS’ RapMon makes a quick cameo again on this one, and KimBanJang from Windy City is seen playing with what looks like live drums (not live as in music, but live as in living!) If you’re wondering what the pillows are about, this is an element that was developed in the original MFBTY joke, pre-debut days.