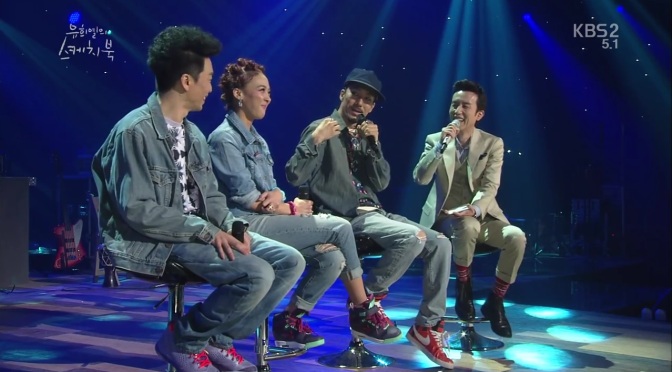 On April 3rd, MFBTY’s appearance on YooHeeYeol’s Sketchbook aired and the three revealed what they’re like in the studio.

Yoo also asked Tasha when her solo album would be released, and she happily told the audience she was done recording it.

“Jordan wanders off into the neighborhood sometimes,” Bizzy remarked. “But then Tasha’s voice gets so big when she calls him. He’s suddenly easily to find.”

KBS uploaded these parts from their appearance: