Tiger JK, who just debuted on the big screen for the first time, has put out a dangerous statement: “If the movie does better than average, I will retire from the music industry.”

Tiger JK, aka godfather of Korean Hiphop, has immense passion for his role in the movie, “Around The World.” He made the above statement when he appeared in a TV program where he stated that if the movie does better than average, he will retire from the music industry. In saying that, Tiger JK stated that when he saw his name on the movie poster, it scared him.

“When I first learned how to play piano, I thought I was really good at it so I inserted a lot of piano instrumentals in my music. Now that I look back, I was just overreacting. I received lessons on professional acting and put my heart and soul into my character. It will be disappointing to see myself being not as good as I could be.”

Tiger JK And His Role

Tiger JK took on the character of Phil Hong in the movie Around The World, a film about two kids undertaking an abundance of adventures while looking for their father. Phil is a busker on the streets who believes that he is a true rock star. Phil may look like someone living on the streets, but his heart is warm and friendly.

The writer of this article was curious as to why Tiger JK decided to come on the big screen.

“It’s been a while since we shot that movie. I had casting calls from others who wanted me to play all these cool characters, to which I declined all. This movie gave me a character that I never even thought of, so I accepted it. I didn’t even tell the producers, but when we were shooting the film, I took on acting classes so as not to let them down.” His efforts did pay off. On the big screen, he performed above expectations.

Tiger JK highly praised the fellow cast members, especially the child actors. “I was amazed when I watched the kids memorize their lines. It was lovely to spend time with them, not to mention their excellent acting. If I am given another opportunity, I would love to act again.”

Throughout this interview, Tiger JK seemed to be shy most of the time. It was a very contrasting image where we, the general public, associate Tiger JK as the fearless rapper with his burst of energy whenever he is rocking the mic on stage.
When we asked him for a comment on this he said, “I think as actors and musicians, it is a similar experience when going on stage. When we (Yoon Mi Rae, Tiger JK, Bizzy aka MFBTY), are about to go on stage, we always worry about if we make a mistake. However, once we go out, we become different people. The same thing happened when I was acting. Before the camera rolled, I was really shy, but once that red light came on, it felt awesome!”

Tiger JK’s Father and After He Left… 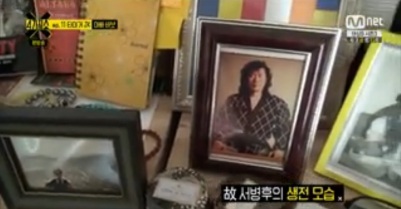 Tiger JK had an incredibly tough time before his project group MFBTY released their first full album, Wondaland. When his father passed away last year, he felt like he lost control of everything.

“No one can evade death, but my father was my mentor as well as my best friend. After he left, I was not able to do anything. I even seriously considered just retiring altogether. Just when I got my mind set straight, I heard the movie was going to be released soon. I couldn’t believe my ears.”

His son, Jordan, is all that is on Tiger JK and his beautiful wife, Yoon Mi Rae’s, mind. It was because of them Tiger JK was able to refocus and stand on his feet again. Jordan, who is in his first year of elementary school, is a child with amazing creative thoughts that continue to dazzle Tiger JK.

“When we were having a party, we told Jordan to cut the cake and he refused. When we asked why, he replied ‘But if I cut the cake, the party will be over. How disappointed would the guests be!’”

When asked about any possibilities on having other kids, Tiger JK responded “I would love to have a daughter but Mi Rae said no. As long as I am able to, I will try.”