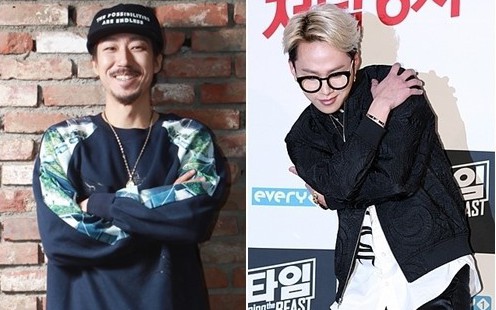 BEAST’s Yong Junhyung is participating in group MFBTY’s (made up of Tiger JK, Yoon Mirae and Bizzy) new album.

After accepting Tiger JK’s request, Yong Junhyung recorded a verse for the MFBTY album. This is the first time the two are working together.

An industry official said, “Tiger JK has been having a huge interest not only in BEAST songs, but also the songs that Yong Junhyung featured in with his rapping. He personally requested for him to collobarte.”

Before Yong Junhyung made a name for himself through composing and song-writing, he was a rapper that featured for other artists. He featured on songs like “Caffeine,” which was a song with Yang Yoseob from the same group, and “A Heart Aching Story” with Wheesung. Apart from this, he has also worked with JYJ, Kim Jaejoong, Baek Jiyoung, Park Shinhye, Eru, Ha Dong Kyun* and Lyn.

MFBTY is releasing a new album after 1 year and 6 months.

This comeback is 1 year and 6 months after the release of the mini album, Drunken Tiger “The Cure,” that was released in 2013.