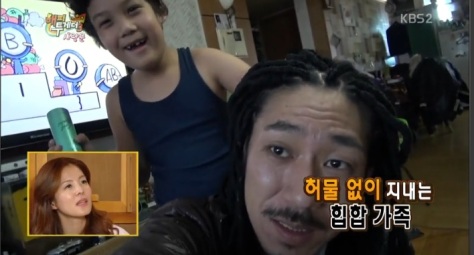 The producers of “We Kid (We Sing Like A Kid)” have announced that Tiger JK will make a guest appearance.

“We Kid” invites famous personalities to write and sing songs with children. After speaking with JK, the producers were in awe how JK’s fierce on stage persona reverts to a loving father when it comes to his son.

“It’s very clear that JK’s decision to appear on the show was influenced by his son,” one staff member commented.

Staff and fans alike are hoping Jordan and mom, YoonMirae, will join JK on the show.

Air dates to be announced. 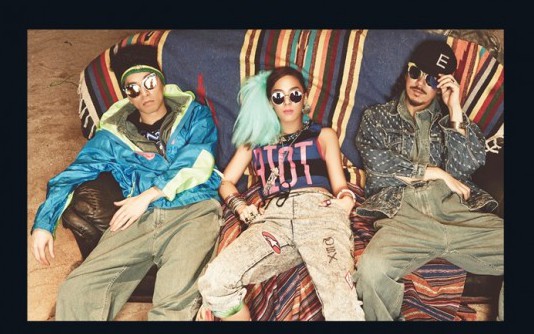 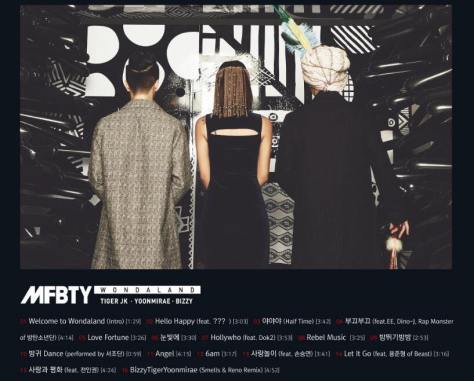 We at Drunken Tiger International, Drunken Tiger Brasil, and BizzyBTBT want to wish our sis, Yoon MiRae, a Happy Birthday today! As our gift to her, we polled our followers on how they would describe Yoon MiRae in one word. Our followers were told they would receive a special prize by participating, but were not aware of the bigger project in the works. This was the result (and the prize they were all vying for!). Congrats! Now your love for MiRae will be seen for sure. Thanks to everyone who participated!

[edit] you have to sign up for TVN to watch the full episodes unfortunately. I’ll try to find a way around for you guys!

After PAINSTAKING searching and a bumping heads with the Google translator, I found a way to give you guys WELCOME TO THE JUNGLE EPISODE 3. For those who can’t speak Korean, remember, Welcome to the Jungle is being shown in the US WITH subtitles on MNET America every Monday night at 8PM. Please check their website for local listings.

WELCOME TO THE JUNGLE EP 3 P1, posted with vodpod

and with that, I have to say–FINALLY!

In lieu of episodes 3 & 4, here is a clip of the ending credits of Welcome To The Jungle Episode 3, where Tiger JK & Yoon MiRae’s son, Jordan, does his rendition of Black Eyed Peas’ “Boom Boom Pow.”

Brazilian weekly entertainment show “‘Leitura Dinamica (Reading Dynamics)” first covered K-pop’s popularity in Brazil with a story on Big Bang. Seeing it’s success amongst K-pop listeners, the show’s producers reached out to local fans on twitter, including DT Brasil, and asked about other popular artists. The producers took a liking to JK and Tasha right away and asked for more information to air on the show.

The webmaster of DT Brasil took it a step further and told the couple about the feature. They responded back with two videos, and the above feature was the result. Moments after the special was aired last Friday,January 28th, Twitter was flooded with thank yous to the hip-hop couple, claiming that it was a huge step forward in acknowledging Korean music fans in Brazil. #Brazilian K-Pop Day was a hot topic throughout the weekend.

Below is the translated transcript of the show segment:

“KPOP is getting famous in coutries like USA and Brazil. Drunken Tiger and T, Eastern hiphop stars, sent a special message to the fans and viewers of “Reading Dynamics. “

The country with the most online games? If you thought about USA or Japan, You are wrong!
South Korea Has Almost one and half million in habitants, the thirteenth in  world GDP,  already hosted the world cup, has the fastest internet of the world, and has the largest number of online games of the latest century.

Just needed to dominate the pop music. Yeah, it needed.
KPOP is a  fact! At least four different styles take over the eastern charts since 1990’s.
Electronic
R & B
Hip Hop
and Rock

The huge success in countries like Japan, Singapore and even China, catch the world’s attention, even if there are still language barriers. The spread of the internet help spread K-Pop’s popularity.
Each group debut ended up in video sites. Concerts are broadcasted video stream and are Accumulating awards, and the world begins to notice South Korea. Including us, Brazilians.

The impact of Kpop in Brazil, we are going to show you later, dont miss it!

And from the distant South Korea .. For now, a little tease.

Stay tunned, I’ll Be Right Back.

South Korea is here!
KPOP took advantage of the Brazilian charts, invaded the minds of the youth and created new idols.
All of this without a single show in Brazilian Territory.
The reasons for the pop explosion in Brazil are many.
The fascination for the Eastern musicality, the unusual lyrics and rhymes, at leats For Those That Understand Korean.

Pronunciation is a tongue-twister Almost!
TVXQ for us, and Don Bang Shin Ki for the East.

Also to highlight the musical style: Wonder Girls made a pop song inspired on a retro sound from the 60’s.
And bursts out there due to this approach. The different musical styles please us Westerners.
BoA recorded this one with Akon.
But does a different sound in Hurricane Venus.

2NE1 Already has an album produced by Will.I.Am from Black Eyed Peas.
The only recorded Will Come Out in April, But It’s Already on the Billboard list of potential successes.

And it’s not only girl bands of KPOP That lives here.
Big Bang is the boyband of the moment, and one of the most awarded in Asia.
It spurred the careers of members like G-Dragon and Seung-ri.

Now to end the subject, we bring you So Nyuh Shi Dae.
The dancing Pop That hypnotized the charts, Hoot has many versions But here this “dance” is Already on the set of many famous DJs, including Brazilians.

And to the sound of So Nyuh Shi Dae That is today’s Reading Dynamics says goodbye. You Know That You Can review this and other information on our site
http://www.redetv.com.br / leituradinamica – ”

Oh, and the other unused video? Well, see for yourself.

Drunken Tiger history shows that JK and the old school crew were no strangers to being vocal about some of the hypocrisy in Korean society. JK most recently reacted to racist comments made by netizens about his son, who is 1/4 African American and 3/4 Korean. Before these comments, JK had written about how when Tasha first came to Korea, she was outcasted due to racism and her inability to speak Korean well (years in Korea of course have changed this). After JK had appeared on TV with his son, net bloggers had made inappropriate racist comments about his son, and while Tasha’s rise as well as other “hapas-Koreans” fame have brought Korea a little closer to overcoming racism, some ignorance still resides. JK reacted strongly, stating his role as a father as his basis for defending his son (and with good reason!)

The comments are below:

“can’t be liked by everybody i know, there’s an article about Jordan, and some of them relpys make me sick,,,,talkin about race,”

“talki bout his hair being nappy and he looks black, they prolly like 12, prolly yong kidz but hopefully they learn”

“Comments are always like that but there are actually kids who say things like half black half black. Racism won’t disappear forever.”

“racism, im sure they dont know no better,it’s ma fault for xposing ma son like that tho when they call ma son up to the stage i had a feelin”

“cant believe the are going as far as using the N word, they need to get the ass whooped by they pops, ignorant ass younginz”

“I know that half of the comments are written by kids who want attention but people still use the expression black.”

“ha im used to bein hated / called all kinds of name it comes wit territory / but in the states i was called a chink ,N now the N word here”

“they could hate all they could, im here for that im used to bein hated, chewed on, jk wack this and that, but can dey just C wat dey C,Love”

“callin ma wife and me kid, nappy headed N***R , i wish they would see me in the street”

“peops are so lonely like me da would say anytihing behind the walls of matrix to say things that would get em attention,i pray for they soul”

Tablo of Epik High replied to Tiger JK saying, “This world doesn’t make sense and it has so many bad people. Your child is beautiful!”